Watermark Communications, Inc., was founded in 1998 to serve clients with effective on-location media production solutions for audio and video.

Our projects have earned numerous Grammy and Stellar Awards and nominations. We specialize in personal attention to detail with each client’s project; we are with you!

See samples of our credits, clientele, and producers/engineers who have enjoyed working with us on their projects lower on this page. 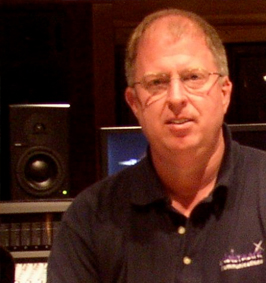 David Habegger, president and founder of Watermark Communications, Inc., is an Indiana native who has been involved in the production and engineering business for 30 years. In 1998, Habegger founded Watermark, headquartered in Tampa, Florida, and expanded operations to the Nashville, Tennessee, area in August 2003.

In the early years, Habegger was a studio assistant, traveled internationally as a live sound engineer, and eventually became a production coordinator and consultant. His production credits range from local church projects to concert sound in Madison Square Garden.

Habegger attended Purdue University and is an active member of the Nashville chapter of the Audio Engineering Society (AES) and the National Academy of Recording Arts and Sciences (NARAS).

OUR PROJECTS HAVE EARNED NUMEROUS GRAMMY AWARDS AND NOMINATIONS

OUR CLIENTS' PROJECTS HAVE WON NUMEROUS STELLAR AWARDS AND NOMINATIONS

Past ProjectsA sample of our credits

Error: Error validating access token: The session has been invalidated because the user changed their password or Facebook has changed the session for security reasons.
Type: OAuthException
Code: 190
Subcode: 460
Please refer to our Error Message Reference.

Latest from the Tiretracks Blog

Have an upcoming project or event coming up? Use this form to send us the details.